There are many instances when Sachin Tendulkar proved he is the ‘master of charity’. He loves giving back to society. Former Indian legendary cricketer will now join hands with NGO called Apnalaya to help 5000 people.

In this crisis, Sachin will be taking care of the ration for them for a month. It is cognisance of the fact that many families are struggling in this lockdown with no job opportunities and even who work on daily wage don’t earn anything now.

Recently, the official Twitter account of the NGO shared the news on a social media platform and thanked Sachin for his contribution.

“Thank you, @sachin_rt for stepping in & helping Apnalaya help the ones suffering the most during this lockdown. He will be taking care of the ration of around 5000 people for a month. There are many more individuals who need your support, people! Donate below!”, the tweet read.

Sachin replied to the tweet and wished good luck for the noble work.

“My best wishes to @ApnalayaTweets to continue your work in the service of the distressed and needy. Keep up your good work,” Sachin Tendulkar tweeted.

Founded in 1973, Apnalaya strives to improve the life quality of five slum communities in Mumbai.

This is not the first time that Sachin Tendulkar has worked with Apnalaya to help needy people. He has earlier been involved in supporting the initiatives of Apnalaya over the last two decades. He also donated earning from the sale of his autobiography ‘Playing it My Way’.

You should know about the other side of Sachin Tendulkar as well. Apart from being the greatest cricketer to have graced the sport, he accepted the Rajya Sabha nomination proposed by the President of India in April 2012 where he became the first active sportsperson and cricketer to have been nominated. Sachin took charge at the office officially on 4 June. The honest person also ignored to take the bungalow allotted to him in the national capital region calling it “waste of taxpayers’ money” as he resides in Mumbai.

After his term as Rajya Sabha MP came to a close recently, he has donated his entire Rajya Sabha salary to the Prime Minister’s Relief Fund. It has been learnt that Sachin Tendulkar has drawn nearly Rs. 90 lakh in salaries and other monthly allowances. The PMO has praised the touching gesture by Mr Tendulkar. “Prime Minister acknowledges this thoughtful gesture and conveys his gratitude. These contributions will be of immense help in providing assistance to the persons in distress.”

Sachin Tendulkar has also turned the chapters of many students as he wants to build a bright future for the Indian students. He sanctioned corpus funds for the development of 20 schools as well as educational institute projects worth Rs. 7.4 crore through the Members of Parliament Local Area Development Scheme (MPLAD).

Guru Govind Singh T School is one of the first schools where Sachin stepped forward to sanction funds, for the construction and improving the qualities of classrooms. Apart from funding the infrastructure for several other schools and educational institutes, Tendulkar has also been supporting public services such as police departments. He sanctioned Rs.15 lakhs for the development of infrastructure as well as water supply equipment for police training institute in Tasgaon city of Sangli district in Maharashtra.

Funding of the schools and educational institute projects include the construction of improvisation of school buildings, compound walls, libraries, laboratories, common rooms for girls, toilets, purchase computers. The significant projects are the construction of a school for the mentally challenged in Ahmednagar, a multimedia classroom for deaf children in the school of Cherkela, Kasargod (Kerala) and a hostel for Tai speaking students in the Karbi Anglong district of Assam. Tendulkar has sanctioned funds for schools and colleges also in the remotest areas in India through the construction of buildings, labs, classrooms, and hostels.

Sachin has also sanctioned funds of over Rs. 40 lakhs from his MPLAD for the construction of a school building in Drugmulla area of Kupwara district in Kashmir which is the only school in the locality. It currently has 1000 students studying in classes from one to ten. This important funding will help students to get a quality education. Let’s take a moment to appreciate Sachin Tendulkar for his noble act.

The sports legend also adopted a village as he transformed it through and through contributing Rs 2.79 crore under SAGY (Sansad Adarsh Gram Yojana – rural development programme focusses mainly upon the development in the villages such as social development, cultural development and spread motivation among the people on the social mobilization of the village community).

Sachin has now announced a further benefit of Rs 90 lakh for development of infrastructure in Nernuru and Gollapalli villages under Gudur mandal. So far, a total of Rs 1.20 crore would be spent on laying roads, building drains and providing water supply in these villages. 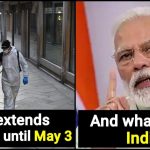