This is the story of Derrick Campana who is an animal orthotist from Sterling, Virginia. He is one of the world’s leading experts in animal orthotics and is already on a significant mission to change the lives of disabled pets and domesticated animals by building prosthetic and orthotic devices for them. It has been more than a decade since Campana stepped into this field and he rates his job as the best.

Campana always feels a great sense of accomplishment when he creates braces and artificial limbs in a bid to enhance animals’ mobility and better their lives.

As per the Washington Business Journal, Campana is one of ten people in the world who empathises with prosthetics for animals. Let’s learn how Campana does this job. His practice- Animal Ortho Care, situated in Sterling, Virginia, sends out some kits to veterinarians and pet owners so that they can cast molds of their patients or pets.

Soon after casting kits are returned back, Campana devises a plan by crafting a personalized brace or prosthetic, out of thermoplastic material.

As per MarketWatch, Campana went to school to study how to fit humans for orthotics and prosthetics, but following a request to create a limb for a chocolate lab named Charles, he made up his mind to do this job for the rest of his life.

“This is just the best job ever. I went to school for human prosthetics and orthotics, but I always loved animals. So, to be able to combine both passions is just a dream come true,” he added.

“I was doing the whole ‘human thing’ …but a vet brought in her dog, who needed a prosthetic, to my human practice. I made a prosthetic that was a success, and I immediately knew that this was what I wanted to do with the rest of my life,” he said.

Since his major breakthrough 15 years ago, his client base has expanded to a greater extent. He has also built prosthetics for birds, horses, sheep, camels, gazelles and elephants.

Campanas pieces, which are made from medical-grade plastics before being custom-made to fit every animal, cost around $500 for braces, and $1,000- prosthetic limbs. In fact, they cost much less expensive than surgery. Consumer Reports say that surgery to fix a dog’s torn ACL cost up to $3,300, for example.

“If you bring a dog in with a fractured toe, a traditional vet might amputate the entire limb,” said Campana. “But even though people say ‘my dog does pretty well on three legs,’ when you hop on one leg, the rest of your body can break down so quickly. We have proven that we can tack on at least two years to a dog’s life by adding a prosthetic.”

Campana wants some attention. “Now we’re seeing people caring about animals more, and we’re showing the world that things like dog prosthetics exist, and you can give your animals a second chance.”

“We get emails every day on all types of devices,” he said in 2016, “I did elephants in Thailand, a ram in Spain. Goat, sheep, llama. Name it, we’ve probably done it. 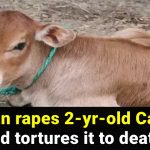 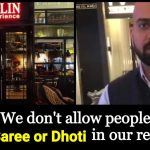