India might not have a huge fan-following in wrestling but the male and female athletes gave absolutely everything to make the country proud. On top of that, the Indian wrestling contingent ended the Asian Wrestling Championships 2020 campaign on a good note with as many as twenty medals.

Our athletes did the country proud in the big stage with one gold and four bronze medals in the Greco-Roman category; three gold, two silver and three bronze in the Women Wrestling category; and one gold, four silver and two bronze in the Men’s Freestyle category.

During the sixth and final day of the premier continental championship, Jitender Kumar (74Kg) settled for a silver medal after going down 3-1 to Kaisanov Daniyar of Kazakhstan in a magnificent fight that kept the fans at the edge of their seats.

Jitender Kumar’s Silver was his first Asian Championship medal and in the process, he earned a place in the Indian team for next month’s Tokyo Olympics qualifiers.

If Jitender Kumar reaches the finals of the Olympic qualifier then he is assured of an Olympic quota for himself or else, it will be a three-way race between him, Sushil and Baliyan for the final qualifying tourney which is scheduled to be held in April-May.

“We will stick to what had been said before – those who have won a medal at the Asian Championship will not have to give another trial. Jitender has won silver, so he will be in the team for the qualifiers. It will be unfair on him otherwise,” WFI president Brijbhushan Sharan Singh said.

Meanwhile, the 2018 Commonwealth Games gold medalist and 2019 Asian and World bronze medalist, Rahul Aware (61Kg) put up a strong fight against Iranian opponent Dastan Majid Almas defeating him by 5-2 and as a result, he settled for first bronze medal.

Talking after his bout, visibility frustrated Rahul said, “I had aimed for a Gold, but I am a bit disappointed after winning a bronze medal”.

Deepak Punia (86Kg) who was geared up to challenge Iraq’s Al Obaidi Issa Abdulsalam Abdulwahhab for the Bronze defeated the latter by 10-0 through technical superiority. Earlier, Deepak Punia fell prey to Japanese grappler Yamada Shutaro in the semifinal bout by 4-1.

As far as the 92kg category is concerned, India’s Someveer surrendered at the hands of Uzbekistan’s Saparniyazov Ajiniyaz 0-10 while Satender (125Kg) lost to Tajik Anakulov Farkhod by 12-1. 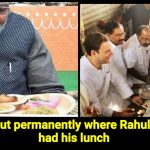 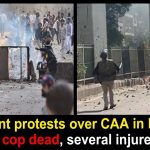