Shocking images have surfaced from a Thai slaughterhouse showed how the animals are treated and it is really disturbing.

The heart-wrenching pictures show the workers beating the pigs to death.

The photos have been captured by 43-year-old Jo-Anne McArthur, founder of We Animals Media, which is intended to ending animal cruelty.

“I wasn’t the first to be welcomed here; the owner of the facility thinks it’s important for people to see the process of slaughter and once welcomed a group of veterinary students to spend a morning here too. He said that many of them vomited,” Daily Mail quoted McArthur as saying

She further added, “On this particular day, I was welcomed and escorted through the slaughterhouse doors with an invitation to spend the morning taking photos. I explored the circuit; the holding pens, the kill floor, and the area where the animals are gutted, dismembered and packed into trucks.”

Talking about the pigs she said, “Some screamed. Others seemed mute and immobile. Others shook. Many tried to escape when they were prodded or dragged soaking wet to the kill floor. Fear is recognisable across most species, and with the pigs here, it is undeniably palpable.”

“Amid the chaos, pigs were left to bleed out for a minute or so in groups before another worker would jam a hook into their leg and then heave the animal into a vat of boiling water.

The men would then set to scraping the pigs clean of hair, using sharp knives in a shaving motion, then deftly severing their heads and hooves. While men did the slaughtering and butchering, it was Burmese women in the back rooms who emptied and cleaned the pig intestines and organs,” she explained.

With inputs from Daily Mail 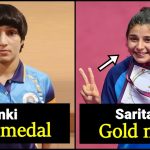