Former Indian cricketer Virender Sehwag has already started his new innings off the field i.e. entertaining his fans on social media. Every time, he posts a tweet, it becomes a sensation. His tweets get instant reactions in just a matter of seconds and they are bound to go viral all over the internet circle as well.

The quality of the tweet holds humour so much so that we would laugh nicely. He has always been the king of Twitter. Even the non-cricket fans have started following him by the way he comes up with interesting tweets.

Sehwag hits the headlines for all the humour reasons. He even wishes cricketers, celebrities in his own style. He is one of a kind. Let’s hope that he continues to entertain people with his witty tweets.

The Nawab of Najafgarh owns a restaurant named ‘Sehwag’s Favourites’ in the national capital and also has invested in the Sehwag International School in Haryana. His decisive approach to change the lives of children has earned him lots of praises from the country.

When Sehwag won our hearts by doing his bit for society

Sehwag took to his Twitter handle and said that it will be an honour for him to sponsor the education of the children. “Nothing we can do will be enough, but the least I can do is offer to take complete care of the education of the children of our brave CRPF jawans martyred in #Pulwama in my Sehwag International School @SehwagSchool, Jhajjar. Saubhagya Hoga,” Sehwag tweeted.

Really pained by the cowardly attack on our CRPF in J&K in which our brave men have been martyred. No words are enough to describe the pain. I wish a speedy recovery to those injured,” Sehwag wrote. 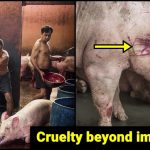