For the first time in Indian space history, Indian space agency ISRO will be sending a female humanoid identified as “Vyommitra” in the unmanned Gaganyaan spacecraft in December 2021 before the astronauts.

The talking robot was unveiled by the Indian Space Research Organisation (ISRO) in Bengaluru on Wednesday.

It is labelled as half-humanoid since it does not have legs, albeit it can bend forward and sideways.

The robot hogged the limelight at the inaugural session of the “Human Spaceflight and Exploration – Present Challenges and Future Trends” here on Wednesday.

Vyom Mitra which is a combination of two Sanskrit words Vyoma (Space) and Mitra (Friend), took the entire nation by surprise when she introduced herself to the audience gathered there.

“Hello everyone. I am Vyommitra, the prototype of the half-humanoid, been made for the first unmanned Gaganyaan mission,” the robot said.

Talking about the role in the space mission, she said, “I can monitor through module parameters, alert you and perform life support operations. I can perform activities like switch panel operations…”

The talking woman robot said she can also be a companion and communicate with the astronauts, recognise them and can also reply to their queries.

The humanoid on Wednesday on Twitter and wrote, “In the run up to the first Human Space Mission by India at Indian Space Research Organisation (ISRO)…’Vyommitra’, the humanoid for #Gaganyaan unveiled. This prototype of humanoid will go as trial before Gaganyaan goes with astronauts.”

Indian Space Research Organisation chairman K Sivan told reporters that the half humanoid will execute human functions in space and will also interact with the environment control life support system.

“It will be simulating exactly the human functions there (in space). It will check whether the system is right,” Dr K Sivan told according to ABP. 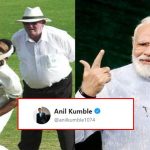