Japan has seen the world’s highest lifetime people where the oldest humans outlived other country people. Japan’s Kane Tanaka recently celebrated her 117th birthday on January 2, 2020, and created a new world record for the oldest living person in the world.

She enjoyed her birthday in a nursing home in Fukuoka in southern Japan. Her birthday party was graced by staff and friends at the nursing home. She outsmarted her old record to become the world’s oldest living person this year.

Last year, Tanaka made into the Guinness World Records for being the oldest human as on March 9, 2019, aged 116 years and 66 days.

Tanaka was born premature in the year 1903 and it is said that she was the seventh kid out of eight children. She tied the knot with Hideo Tanaka in 1922 as per the Guinness World Records. The couple had four children together and also adopted the fifth one. According to reports from South China Morning Post, 117-year-old woman wakes up by 6 AM and likes studying Mathematics.

Even though Tanaka is the oldest woman alive, she still has five more years to go to become the oldest living woman ever. The record is held by a French woman, Jeanne Louise Calment, who lived up to 122 years, as per Guinness World Records

It should be noted that Jiroemon Kimura was the longest-living man on record, who passed away in June 2013 at the age of 116.

In case you didn’t know:- Masazo Nonaka dies aged 113 due to natural causes

Masazo Nonaka passed away at the age of 113. His family said that he drew his last breath due to natural causes in the wee hours of Sunday while he was asleep. Masazo Nonaka died peacefully at his home- Hot Springs Inn.

Hailing from Japan’s northern main island of Hokkaido, Nonaka was raised and brought up in a large family and forced his parents to run the hotel (inn)- wherein he passed away, which is now being run by his granddaughter.

He has also lived longer than his wife and three of his five children. “We feel shocked at the loss of this big figure. He was, as usual, yesterday and passed away without causing our family any fuss at all,” his granddaughter, Yuko, who runs the inn, told Kyodo News.

Nonaka was born in July 1905, according to Guinness World Records. Nonaka got married in 1931 and had five children. 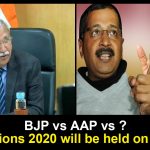