In a digital world where people of age groups 13-25 years are obsessed with playing games on their smartphones, there is one game which youths can’t take their eyes off. It is PUBG. Ever since its inception, the online multiplayer game has reached out to all parts of the world with almost every youth having the game installed on their handsets.

However, people not only play this game for entertainment but also to earn money too! Yes, there are several platforms online where you can earn money. Anyone can sign in and participate and win big prizes.

In latest news, PUBG Mobile All Stars 2019 saw 16 PUBG mobile teams fight against each other to show who is the best among the rest. The tournament lasted around two days and Team Fnatic was on the top since the start.

From the word go, the team managed to be on top while securing the first position by the end of the first day. They played really well even on Day 2 and also went in a similar pattern as they came through with flying colours in the grand finals.

In the overall tournament of 9 games, they managed to get two ‘Chicken Dinners’ as they survived the deathmatch till the very end with 46 total kills and a score of 138 points. They won a massive cash prize of Rs 20 lakhs.

Talking about the tournament and 2020 plans, Aneesh Aravind, General Manager, Tencent Games, India said, “Congratulations to Team Fnatic for winning PUBG Mobile All Stars India and ending the year on a high note. 2019 has been a stellar year for PUBG Mobile esports in India, with 5 major tournaments, spanning across 9 LAN events, offering prize pools of Rs 4.5 Crores, which is a testament to the game’s growth!”

He further said, “With the advent of global esport organizations, growth of home grown esports clans and Indian clans becoming household names, there’s plenty to look forward to 2020. We will be promoting PUBG MOBILE esports at an amateur, semi-pro and pro level and look forward to achieving new heights in the coming year! “ 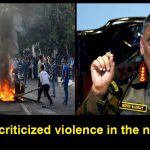 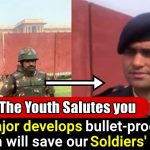