A NASA satellite which was orbiting the Moon has discovered India’s Vikram lander which crashed on the lunar surface in September, the US space agency has said. The American space agency released a picture snapped by its Lunar Reconnaissance Orbiter (LRO) that showed the site of the spacecraft’s impact (September 6 in India and September 7 in the US) and connected debris field, with parts shattered over in several kilometres.

It is worth mentioning here that an Indian man was the one behind solving the biggest mystery in India space history. National Aeronautics Space Agency (NASA) has showered praise on Chennai-based techie and space science enthusiast Shanmuga Subramanian for an important tip-off that led to the discovery of ISRO’s moon lander Vikram, which rammed into the lunar surface on the far side of the south pole during the final stages of a complex manoeuvre in September this year.

In a post mentioned on its website early on Tuesday, the American space agency has said its moon mission discovered the debris of India’s Vikram Lander and discovered the remains spotted by Subramanian with an “S” on its image.

The Chennai-based technologist identified debris about 750 m from the main crash site of the lander, notified NASA, which said pictures made public by the space agency was searched by enthusiasts in search of the spacecraft.

“Lunar Reconnaissance Orbiter Camera team released the first mosaic (acquired Sept. 17) of the site on Sept. 26 and many people have downloaded the mosaic to search for signs of Vikram. Shanmuga Subramanian contacted the LRO project with positive identification of debris. After receiving this tip, the LROC team confirmed the identification by comparing before and after images.”

Subramanian added that he works for an IT architect and creates apps and websites in leisure time.

In an e-mailed response to Economic Times, Subramanian added that he was hooked to the pictures released by NASA and kept scanning it for days on end. “Initially there was lot of false positives I got corrected by Twitterati and one of the tweets lead to me a Reddit forum where they had the exact intended landing location and the path of Vikram..”

A mechanical engineer with love for rocket science, Subramanian stated that the discussions on public forums about the locations of the Lander enthused him to keep looking for it.

When he was asked about how he actually spotted the Lander, Subramanian said: “I made out it would have stopped short of around 1 km from the landing spot so it eventually lead to me searching around 2 sq km around the landing area. I searched around North of the landing spot as Vikram approached the landing spot only from North and though there were a lot of false positives, I found a tiny little dot and compared with previous LRO images upto last 9 years which eventually confirmed it would be the debris then I reach.”

“I would suggest Students and others to help out NASA,ISRO and other space organizations by building a good database of LRO images with features like comparison etc. Currently we have to compare it manually… wish someone can do more on that.” 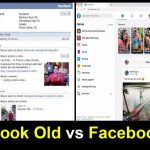 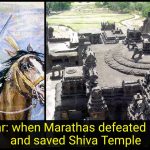