Cricket player Anjali Chand from Nepal created history on Monday as she took 6 wickets for no run in a match against Maldives. This is the first time ever happened in any International match by a woman cricket player.

Nepal’s player registered bowling figures of 6 for 0 in a match against Maldives. She made a charismatic performance against Maldives in ongoing South Asian Games. Maldives batted first and scored only 16 runs. The host team chased down the score in just 5 balls and badly defeated Maldives.

The 24-year-old Anjali achieved a personal milestone as she has broken the record of Mas Elysa of Maldives who had held the record with figures of 6/3 against China in 2019.

A 4-team tournament is being held in Pokhara (Kathmandu). The top 2 teams at the end of a round-robin stage will battle the gold medal match out while the bottom two will play the bronze medal match.

Chand’s 6/0 helped Nepal to bundle out Maldives for 16 runs in 10.1 overs. She got three wickets in her first over but could not turn into hat-trick. She then picked up two more in her second over and took her sixth wicket in the first ball of the third over. 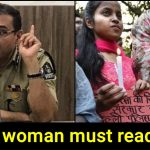 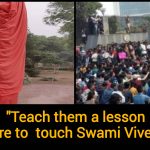