A video footage which is going viral on the internet shows two men on a motorcycle narrowly escaping the death from a deadly leopard. Two men who were travelling on a motorcycle in the forest road were just inches away from an accident, in what could have been a different story altogether.

The leopard was waiting in the woods only to cross the road and to go to the other side of the forest. It was when the two men crossed the animal’s path. Leopard immediately pounced on them and thank goodness, the two men escaped.

It is still unclear where the video was captured and who actually shot it and posted it on social media. However, the video did manage to draw people’s attention after being shared on Twitter by IFS Susanta Nanda.

He tweeted, ‘How could the leopard miss it?All were waiting to give right of way to its real owner, the leopard, when a motorcyclist wanted to have his way. Would have been his last ride. Please learn to respect the wild????’ 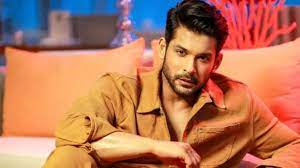