Needless to say, she defamed her reputation by treated her fan harshly. The video of Ranu Mondal talking rudely to a woman is doing the rounds on the internet. The least that the woman expected from Ranu Mondal was to click a selfie with her for the very beautiful moment.

But Ranu Mondal was definitely not a happy woman when a fan touched her to get a selfie. “Don’t touch me, I’m a celebrity now,” Ranu Mondal reacted in an angry manner.

Now, she has yet again made the headlines as she became the centre of attraction after she decided to make her look extra beautiful. Yes, Ranu took everyone by surprise after she went for a complete makeover. As soon as her pictures spread like wildfire on the internet, Twitterati started roasting Ranu left, right and centre.

While there were plenty of users who roasted Ranu Mondal, there were few others who supported her by coming up with bold tweets. Check out the tweets below:

Just a couple of days ago, Ranu Mondal’s second song with Himesh Reshammiya was released. It should be noted that the song is a recreated version of Himesh’s superhit ‘Aashiqui me Teri’ from Shahid Kapoor, Kareena Kapoor starrer 36 China Town. 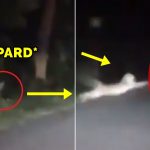 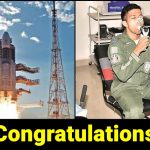