According to the United Nations report, Indian girl child aged 1-5 years was 75% more likely to die than an Indian boy child. Digging in detail, there were just 914 girls for every 1000 boys under the age of 7. People were only pumped up to see the birth of a boy but when a girl is born, they think of the poor little soul as a burden to them.

It was IFS Parveen Kaswan who threw light about the village that plants 111 trees every time a girl is born. His tweet reads: ‘There is a village in #Rajasthan called as ‘#Piplantari’. They have a tradition of planting 111? #trees every time a baby #girl is born, in her honour. Native species are planted at various locations & which can be later utilised also. Protected by locals. Impressive’.

This tradition initiated with the concept that the increase in human population should never be a threat to the planet. This also makes sure that it solves the environment crisis.

Interestingly, the villagers also collect Rs 21,000 among themselves and take Rs 10,000 from the child’s family and then put it in an FD (Fixed Deposit) for 20 years in the child’s name.

Parents have to sign an affidavit making sure that their daughter will receive quality education and will be married only after she has come to the legal age. In addition, the trees planted at her birth will have to be taken proper care of by them, and the parents are legally attached to this affidavit.

‘Shyam Sundar Paliwal who is the village’s past leader was the first to suggest this tradition in honor of his daughter who died at a young age. In the past 6 years, over a quarter of a million trees have been planted’, as per Seed It Forward.

Trees eliminate atmospheric carbon and output oxygen during the process of photosynthesis. It is calculated that a 1 billion hectare increase in forests could limit global warming to an increase of 1.5 degrees Celsius by the year 2050.

The new study reveals that reforesting an area about the size of the United States could scrub nearly around 100 years’ worth of carbon emissions.

What’s the next step? Now humans across the world put about 300 gigatonnes of carbon into the air in all of our time on Earth. So, a dedicated reforestation effort could cut down humanity’s carbon footprint by two-thirds. 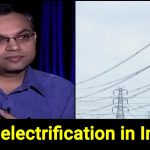