It is no doubt that Rahul Gandhi has always been the subject of trolls and memes on social media platform for the way he approaches things in life. Whether he addresses speech in his rally or he gives statements on Twitter, some people find it really funny about it as they take screenshots and make memes out of it.

Recently, Rahul Gandhi was asked a question on Badminton by a girl in Odisha’s schoolchildren gathering but the Congress President gave a fully prepared speech on Rafael deal. UP CM Yogi Adityanath said that Rahul Gandhi thinks that potatoes grow on trees as mango does and there are sugar trees.

“I was listening to one of the sentences of ‘Kul-Deepak’ of ‘Naamdars.’ He said that sugarcane trees have not been planted. He also said that if his government is formed, it will grow one and a half feet of potato. He thinks that potato grows on trees as mango does,” said Yogi, while addressing a public meeting.

Let’s take a look at the hilarious memes on Rahul Gandhi which spread like wildfire on the internet and even you can’t help laughing. 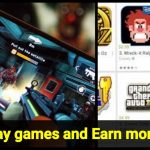 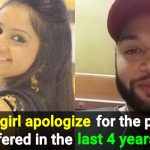