A 16-year-old Pakistani national hanged himself in Nasarpur, Sindh. The minor did it as a sign of protest against demolition and occupancy of his ancestral graveyard by Muslim land mafia. The heartbreaking part was that Pakistani Hindus kept protesting for so long but they were unheard by courts or any influential.

The deceased Hindu teen has been identified as Narender Kumar Rathore of Nasarpur area. The poor boy couldn’t tolerate what has been happening around him. So he took an extreme step by committing suicide in a bid to protest against injustice to Hindus.

Two months before Narender Kumar’s demise, Extremist Muslims encroached and attacked the graveyard of Pakistani Hindus, against which the Hindus of Nasarpur (Sindh), went out to seek justice for it. But even after repeated appeals by them, no action was taken.

Unable to bear this thing, the Pakistani Hindu boy from Sindh committed suicide. He also wrote an emotional letter saying that ‘we want justice’ and the date mentioned on it is July 14 2018 (Saturday). In the letter, the young boy hoped that at least after his demise, his people will be able to get justice.

The shocking part is that Pakistani Hindus bury their dead ones as cremation is discouraged. In fact, there are many people who bury due to caste traditions as well.

Senior journalist by the name of Asad Chandio has regularly spoken against the persecution of minorities in Sindh. He had also told www.currentriggers.com that Pakistani Hindus are seen as enemies in Pakistan.

Due to increasing persecution, many Hindus have made up their mind to take refuge in India. 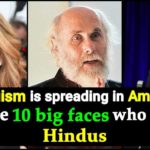