Talking about the importance of Chandrayaan 2, Sivan added that the mission aims at discovering new lunar science and also hopes demonstration of new technological development in ‘soft landing’.

India’s Moon Mission-2 is a lunar mission which no other country in the world has ever gone before – the Moon’s south polar region, as explained by ISRO. With this epic achievement, India becomes the fourth country after the likes of the US, Russia and China to land a probe on the lunar surface.

Chandrayaan 2 was lifted off from ISRO’s traditional home base- Sriharikota (Satish Dhawan Space Centre in Andhra Pradesh) at 2:43 PM on Monday. The mission was planned, designed and was executed on a budget of Rs. 960 crores ($140 million).

Chandrayaan 2 is expected to make a ‘soft landing’ on the lunar South Pole – between two craters — Manzinus C and Simpelius N — at a latitude of about 70Â° south, on September 6.

This is India’s second trip to the moon and the first probe, Chandrayaan 1, that was launched in October 2008, made India the first country in the world to complete a successful moon landing in the maiden attempt.

“Congrats to ISRO on the launch of Chandrayaan 2, a mission to study the Moon. We’re proud to support your mission comms using our Deep Space Network and look forward to what you learn about the lunar South pole where we will send astronauts on our Artemis mission in a few years,” NASA congratulated ISRO on the launch of India’s Moon Mission-2. 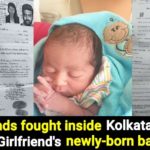