In good news to Hindu community living in Pakistan, an ancient Hindu temple – Shawala Teeja Singh Temple, in Sialkot in Punjab province which was closed since the partition, has finally been reopened for worshipers after 72 years, on the instructions of Pakistan’s federal government, as reported by The Express Tribune.

“For several years, the Hindu community has been demanding that the temple be opened,” Syed Faraz Abbas who is the deputy secretary of the shrine added.

He also added that the work on restoring the temple will start very soon, but only after evaluating the renovation cost. Also, the idols of Hindu deities will be brought in from India.

In a similar case, a 500-year-old Gurudwara in Sialkot recently opened its doors for Indian Sikh pilgrims in Pakistan. Previously, Indians were not permitted to visit the Babe-de-Ber gurdwara located in Sialkot city, a distance of 140 km from here

While the Gurudwara was open only for pilgrims from Pakistan including Europe, Canada and the United States barring Indian pilgrims who were not allowed to visit the holy place. 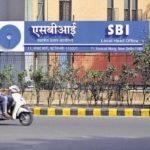 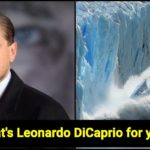