The results of the general elections 2019 have been announced and with that, the NDA alliance has been voted to power with a massive majority of 352 seats.

Destroying each allegation against them, the alliance under the leadership of the Indian Prime Minister has once again resumed charge which gives the country further boost to the fight against dynasty politics by eliminating most of the dynast politicians from power.

Talking about this victory, there have been many opposition stalwarts who have been handed bitter defeats quite unexpectedly in this massive victory of NDA.

News that put everyone in shock was that the way Congress leader Jyotiraditya Scindia was defeated directly in his traditional bastion of Guna in Madhya Pradesh.

Ever since he took charge as the MP of Guna, following his father’s mysterious death in MP in 2002, Jyotiraditya Scindia maintained an iron grip over the Guna constituency.

Here’s an interesting point! The man who has sketched a route map to this shocking upset is none other than a former avid follower of Scindia and once his parliamentary representative- Dr. Krishna Pal Singh Yadav, who is currently a member of the Bharatiya Janata Party.

Hailing from the Ashok Nagar district, Dr. Krishnapal Singh Yadav’s family had very close associations with the Scindia clan. His very own father was considered too close to Jyotiraditya’s father and Congress MP, Madhavrao Scindia. This is the main reason why Krishnapal had a good relationship with the Scindia clan. Not only was KP Yadav an avid follower of Jyotiraditya Scindia but he was also all prepared to do anything for him. 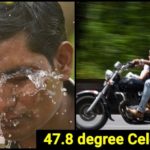 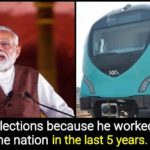