Nidhi Kannaujia lives in a one-room-house in an urban slum area with six people, this girl secured 95 per cent in the CBSE board Class 12 exams this year. Let’s take a moment and appreciate this girl for defying extreme economic hurdles to shine like the bright student she really is.

The 18-year-old Nidhi Kannaujia knows exactly what dream is. Every night, when her entire family fell asleep, she sits in a corner only to take a book and turn pages with a study lamp and prepare for her Board exams till 3 am every day.

When there was no electricity in her area, she didn’t make lame excuses but she took one step in intensity as she studied under the street light.

“This is better. I remember how I sat under a street light during the night (before the exams), to finish and revise my coursework, because we didn’t have electricity in our area,” says Nidhi.

She called her two elder sisters ‘brilliant’ for they were good in studies. She also explained why they both couldn’t complete education.

“I have two elder sisters, who were extremely brilliant in studies. Sadly, they were not allowed to complete education and were married off when they were in Class 9. It was disappointing and heart-breaking to see how their marriages turned out. Sometimes it scared me, but as a whole, it pushed me to work harder and do better, so that I am able to avoid it,” she added.

“My sisters had to sacrifice a lot due to our financial state, and I didn’t want to succumb as well,” she added.

Nidhi is originally from a small village named Harakh situated near Barabanki city of Uttar Pradesh.

Her Father migrated from the village to Lucknow to find a good job, 20 years ago, and since then he has been working as a washerman. At that time, Nidhi was 2 months old when she was brought to the city along with the family.

“It was a changing point in my life when I moved schools. Prerna was good but the exposure in Study Hall School was much more, and it was a great opportunity which my family and I could never have imagined. It was a privilege to study in such a prestigious school,” Nidhi says.

“Unlike my previous school, Study Hall was an English medium school with majority of its students coming from well-to-do families. Fitting into that atmosphere was difficult at first. One of the first problems was of language. My English wasn’t that great and from a topper in Prerna, my grades fell to average here. But, thanks to the teachers and a few friends, I was able to overcome my limitations,” Nidhi said.

After putting years of hard work in study hours, Nidhi eventually got what she deserved. She regained the position of a topper in the school earning a whopping 95 per cent in Class 12.

Because of this, she successfully cracked the Vahani Scholarship by earning 10% more than the prerequisite also reducing the pressure of educational expenses on her parents.

“I want to grow up to be a strong and independent woman who can bring about the needed change in the society,” says Nidhi.

An aspiring IAS officer has the urge to improve and transform the education sector of India by making it accessible to all. Young Nidhi is now looking forward to seeking admission in History or Political science honours in colleges under Delhi University. 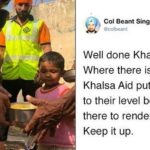 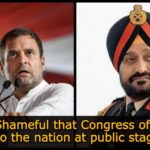