In a tragic incident, a man allegedly murdered his grandmother after she failed to attend his son’s birthday party in Haryana’s Fatehabad town. The deceased identified as 70-year-old Ramdevi.

Police officials told India Today that the victim was living alone from her two sons after having some differences with them regarding a ‘property dispute’.

Ramdevi’s grandson named Vicky had organised a party on Friday for his newly-born son. He also invited Ramdevi but did not turn up for the ceremony.

Extremely annoyed by this, Vicky went to Ramdevi’s house on Friday night and then started arguing with her.

As the argument soon turned violent, Vicky didn’t hesitate to take an extreme step by assaulting his grandmother with an iron piece, after which she was immediately taken to a hospital. The doctors declared her ‘dead’.

“Vicky attacked his grandmother Ramdevi with an iron object. She was taken to a hospital but the doctors declared her as brought dead,” deceased’s husband Ram Avtar added.

“The accused had attacked his grandmother with an iron turner. The postmortem of the deceased has been conducted. We have arrested two accused and the third will be arrested soon,” SHO Surendra Kamboj said. 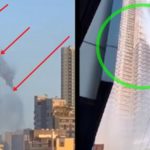 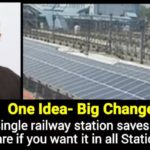