The general elections started on April 11 and will continue in 7 phases. As the first phase already concluded, the second phase took place on April 18 in the states of Assam, Jammu and Kashmir, Bihar, Chhattisgarh, Karnataka, Maharashtra, Manipur, Tamil Nadu and others.

While EVMs stopped working in various states, polling in Tamil Nadu’s Vellore seat had to be cancelled after the recovery of massive amount cash from alleged associates of DMK candidate Kathir Anand who is the son of DMK treasurer Durai Murugan.

Nonetheless, these issues didn’t distract the spirit of voters as young, elderly, disabled even newly married couple came to cast their vote.

For example in J&K’s Udhampur district, a bride and groom dressed in wedding attire came to get their finger inked for their candidate at the polling booth. On the contrary, a pregnant woman in Maharashtra a pregnant woman arrived to cast her vote at polling booth number 164 in Nehru Nagar of Solapur.

In Bihar’s Bhagalpur district, 90-year-old Urmila and Usha were aided by CRPF personnel at the polling booth. Also in Karnataka, an elderly couple, 91-year-old Shrinivas and 84-year-old Manjula, elected their representatives at a polling booth in Jayanagar of Bangalore South Parliamentary constituency, as reported by news agency ANI.

Jammu & Kashmir: An 80-year-old patient, Jogindero Devi, comes from Kathua district hospital at polling booth number 2, in Kathua, to cast her vote for #LokSabhaElections2019. She will return to the hospital after casting her vote. pic.twitter.com/FaN2yMTIvi

As far as Kathua district is concerned, an 80-year-old patient by the name of Jogindero Devi came from the Kathua hospital to vote. Well, in Maharashtra where polling is underway for 10 parliamentary constituencies, a 105-year old Kavaibai Kamble with her family got her finger inked at a polling station in Harangul Budruk in Latur constituency.

The polling will come to a close on May 19 and the counting will be done on May 23. 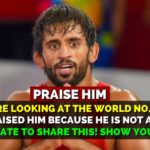 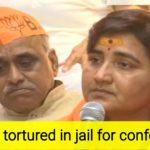