Everyone might have known about Sundar Pichai’s success but what not the majority wouldn’t know is his love story. Let’s take a glimpse of the finest and world’s most successful men and his wife’s love story which is indeed heart-warming.

Sundar Pichai’s love story is so heart-touching! Sundar Pichai fell in love with his wife Anjali back in college days. During those days, Sundar had really nothing as he lived in a small flat with no TV or cars. Sundar and Anjali started dating each other when they were studying in IIT Kharagpur.

In the final year of their engineering, Sundar asked Anjali for marriage, without second thoughts, she said yes. The highlight of this story was Anjali knew about Sundar and his whereabouts and she still went ahead with her relationship. In an age where money matters a lot in a relationship these days, this love story is truly inspirational.

The only difficulty the couple ever had was to get to communicate with each other since there were ‘no smartphones back then’. In an interview to a news agency, Sundar said he had to ask a girl to go to the girl’s hostel and then request her to call Anjali.

And the girls in the hostel would usually ‘shout out loud’ that Sundar is here to meet Anjali which back then was actually embarrassing. Their memorable love meetings and those talks went on for a while.

After they both had done with college, Sundar left for the USA to pursue his Master’s degree and Anjali stayed back. Sundar then got a job and was paid a good salary. That is when he made up his mind that it was time to marry Anjali since he had a secure job.

Sundar being the classy gentleman that he really is, asked her parents if he could marry their daughter Anjali to live a peaceful life. Soon they got married and started living together in the USA. When Sundar was plying his trade for Google, he had got some gigantic offers from Microsoft, Yahoo and Twitter. While he was willing to take these offers, it was Anjali who told him to turn down these offers and told him to continue with Google.

Also, read: “If you Google the word ‘idiot’, a picture of Donald Trump comes up,” Why?

Today, he is CEO (Chief Executive Officer) of Google, the highest-ranking executive in a company or organisation, earning 3.5 crore rupees per day. He is playing an important role in running the business. His role is to make major corporate decisions, managing the whole operations as well as the resources of the company.

Sundar Pichai has done metallurgical engineering from IIT Kharagpur and has done MBA from material science from Wharton school of the University of Pennsylvania and he did M.S from Stanford University. Today, he is a recognised personality in the tech world. His potential net worth is estimated to be at $1.2 billion. His whopping salary is $199.7 million.

Also, read: Check out the List of Top 10 Highest Paid CEO’s in the World 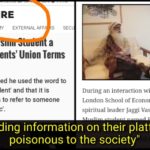 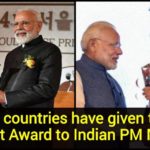