World leaders are gathering together again to support India at a time when ‘China betrayed the international community by blocking the bid to designate Jaish-e-Mohammed (JeM) chief Masood Azhar’ as a “global terrorist” for the fourth time.

Well, India was confident the mastermind of the recent Pulwama blast and other major attacks would be brought to justice after when the UN security council tags him and puts pressure on Pakistan.

US Embassy Spokesperson: As UN sanctions committee deliberations are confidential, we don’t comment on specific matters, but we will continue working with the sanctions committee to ensure that the designations list is updated and accurate. pic.twitter.com/0UCl4yq0NI

India said it was “disappointed by this outcome” after China’s move as it considers Pakistan its “all-time ally”. China’s move hasn’t only annoyed the member states like the US, France and the UK which had moved the proposal in the United Nations Security Council on February 27, which was co-sponsored by Germany on Wednesday, but people in India took to social media to express their anger, with most of them saying to boycott Chinese products in India.

US State Dept Dy spokesperson Robert Palladino: Regarding Masood Azhar, US & India work closely together on counterterrorism efforts & that includes at the UN. Our views on Jaish-e-Mohammed&its founder are well known. JeM is a United Nations-designated terrorist group. (file pic) pic.twitter.com/yBQaZutnDH

“The 1267 Sanctions Committee, upon completion of the no-objection period on 13 March 2019, wasn’t able to come to a decision on the proposal for listing Mohammed Masood Azhar under the UN Sanctions regime, on account of a member placing the proposal on hold,” the foreign ministry said in a statement.

Weak Modi is scared of Xi. Not a word comes out of his mouth when China acts against India.

1. Swing with Xi in Gujarat

“We are disappointed by this outcome. This has prevented action by the international community to designate the leader of Jaish-e-Mohammed (JeM), a prescribed and active terrorist organization which has claimed responsibility for the terrorist attack in Jammu and Kashmir on 14 February 2019,” the ministry said.

#WATCH EAM Sushma Swaraj in Delhi: We are ready to engage with Pakistan in atmosphere free from terror. Some people say Imran Khan is a statesman, if he is so generous then he should hand over JeM chief Masood Azhar to India. Let's see how generous he is. (13.03) pic.twitter.com/kgnDfv8gOY

Eight days ago I asked the question: on March 13, will China prove to be the world's biggest enabler of terrorism? Its decision to block the @UN blacklisting of MasoodAzhar yesterday confirms the answer: https://t.co/zr5NounqOI https://t.co/fGzB3QP4pR

Annoyed by China’s move, UNSC members today threatened that they “may be forced to pursue other actions” if China still continues to support Pakistan in case of terror.

A sad day in the global fight against terrorism!

Sadly,Modiji's Foreign Policy has been a series of Diplomatic Disasters https://t.co/9m08uhjowj

“If China continues to block this designation, responsible member-states may be forced to pursue other actions at the Security Council. It shouldn’t have to come to that,” a Security Council diplomat was quoted as saying by news agency PTI.

(With PTI and other agencies input) 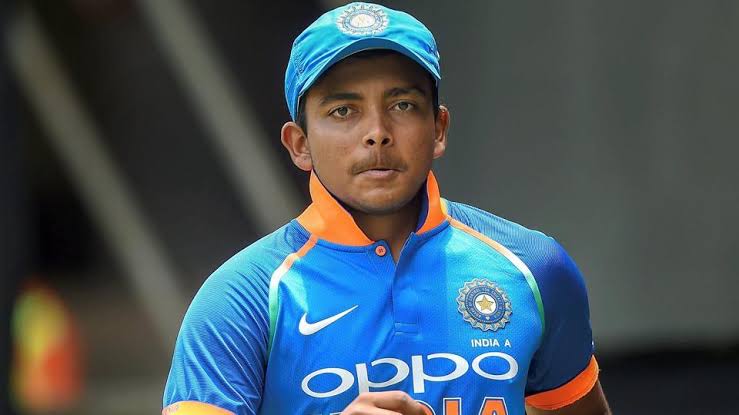 The new generation of cricket stars – who are we watching?