The Indian Army on Wednesday gave a warning to Pakistan Army “not to target civilian areas” as the Army continued to breach peace across Line of Control as well as the International Border in Jammu and Kashmir. The Army further added that any “further provocation or misadventure” by firing at civilian areas along the line of control.will have “dire consequences”.

“In the last 24 hours, the Pakistan Army resorted to intense and unprovoked firing with heavy calibre weapons in selected areas of Krishna Ghati and Sunderbani, targeting Indian posts and civilian areas with mortar bombs and heavy artillery guns,” the Army said in a statement.

“We would reiterate that as a professional Army, we are committed to avoiding civil casualties, especially along the LoC. All actions taken by our defence forces are targeted towards counter-terrorism and terrorist infrastructure, away from civilian areas, to avoid civilian casualties,” the Army said.

“We are maintaining strict vigil along the Line of Control and IB (International Border). Any further provocation or misadventure by Pakistan will be responded in a befitting manner with dire consequences.”

According to the news agency ANI, the Army said that the total situation along the LoC remained comparatively calm. The Indian Army “effectively fought back” to the ceasefire violations and no casualties have been reported on the Indian side, ANI reported.

“All actions taken by our defence forces are targeted towards counter-terrorism and terrorist infrastructure, away from civilian areas, to avoid civilian casualties,” the Army said. Pakistan breached ceasefire at Nowshera and Sunderbani in Rajouri and Krishna Ghati in Poonch districts on Tuesday also. 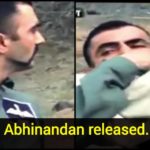 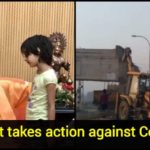