After hours of research on the internet, The Youth finally got its hands on a debate show conducted on a Pakistan News channel called GNN.  In the debate, Pak Army General (R) Amjad Shoaib Ali, openly talked of how future fight against India would be in the valley. The general emphasized several times that suicide bombing would escalate. The TV debate is a few months old in which as many as three panelists partook to discuss the matter.

The discussion begins with the incident of a suicide bombing that took place back in the valley in 1931. The General goes on saying that suicide bombing was not a common phenomenon in those times, but it has become now (for us). Our fight is genuine but India is killing our boys (instead of succumbing to our pressure). The general clearly indicated that a suicide bombing was about to happen in February in Kashmir. Read the conversation of the debate below.

Suggesting how they can incite youths toward killing the self, he said, “The youngsters are far different from us old people, who have become dull. The process of suicide bombing has not begun in Kashmir as yet. It will commence when Kashmiri Youths come to believe that they will, after all, die sooner or later.

The news anchor responded to the general saying, “We wish there were no blasts in Kashmir”, when he said, “Suicide bombings are going to start in the valley for sure.”

However, Pakistan has categorically denied any link between the Pulwama blast and this debate, claiming local Muslim youths have done it. There are some questions on everyone’s mind: 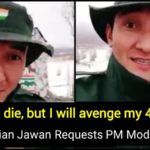 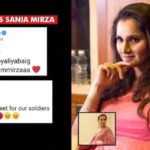