The universal basic income scheme which was announced by Congress chief Rahul Gandhi on Monday is the party’s poll promise to make sure that minimum income is given to every household. The Congress has also prepared a blue print for creating job opportunities.

An internal document that goes by the title ‘Jobful Growth – How to Achieve It in 2019-2024’, prepared by the Rajiv Gandhi Institute of Contemporary Studies, shows a strategy in creating 70 million jobs in the next five years, has been submitted to the party president.

“If we are aiming at a policy breakthrough in the employment of all the new entrants to the labour force plus the backlog of the unemployed, a total of 7 crore jobs need to be created in the 2019-2024 period,” mentioned in the document, a copy of which has been seen by ET.

“This represents a compounded annual growth rate of 3.2% per annum for employment, as against an estimated 0.8 to 1.2% in the past eight years.”

The document calculates that there are around 29.4 million people looking for jobs in the current situation and it has been estimated that over 40.7 million people will enter the job zone between 2019 and 2024, leading to an overall job requirement of more than 70 million.

To implement the plan, the document says, “Generating near full employment in any economy with a high annual increment to the labour force, is a proposition that will require a massive political will to redirect public investments towards sectors that generate employment. All this requires deep thinking and this paper merely makes a beginning.”

The 12-page document also proposes a new model for ‘job opportunities’ which it describes ‘Job Yantra’. The model focuses primarily on high employment generating sectors, which account for 30% of GDP but generate 72% of jobs.

It focusses on areas like agriculture, regeneration of natural resources, housing and lower end infrastructure building, manufacturing through micro, small and medium enterprises and other important services. 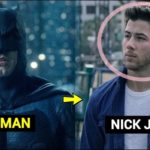 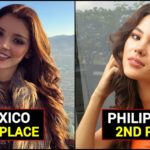