Behind every successful person, there is an intriguing story to tell. Pramoud Rao’s story is one that needs to be told to give a ray of hope for the ones who want to stand on their own. Pramoud Rao is the proud founder of Mumbai-based Zicom Electronic Systems, which is an electronic security management company that aims to build ATM surveillance products and other security apps.

It was in the late 1980s where fax machines completely changed the way business was accomplished. Though the technology had been existing there for a quite long time, it became easily affordable in the current market, and the technological advancement drew attention to the business world by a sensational storm.

Touched by the idea, and looking at a wonderful opportunity in the existing market to sell fax machines, Pramoud Rao and his neighbour made up their minds to set up their own venture in the most unique way. “We put together Rs 2500 each and started Jayanti Business Machines.

While the company did well, the partnership soured and we parted ways in 1994. This fallout resulted in me having to leave the business with no share apart from my personal outstandings,” says Pramoud.

It was where he eventually found his venture interesting. After Jayanti Business Machines, Pramoud decided to start all on his own. He splashed in Rs 11 lakh from his personal savings and initially bought a 100 sq ft office space in Bandra, and then started Zicom Electronic Security System. The company started by selling pagers and modems.

“When we began the journey, the Indian market was not very open to the idea or need for electronic security. It took us six months to sell our first security system,” says Pramoud. He planned to move to the US and managed to secure deals with reputed companies that sold security systems.

“ANZ Grindlays Bank at D.N. Road in Mumbai was the first company to take us on board. Our quote was almost Rs 60 lakh lesser than the company they were considering. Yet they were unsure about giving us business. To check out our credentials and get a comfort letter from our collaborators, one of the bank staff actually visited the US to meet our collaborators,” says Pramoud.

Talking about building the business, it began to catch up the pace in 2000 when Pramoud visited Singapore to meet with Motorola. At this important meeting, Pramoud was introduced to the smart card technology, which he planned to bring that technology back to India.

“Using this new technology as a part of the products plan for Zicom, we were successful in raising close to Rs 22 crore from the market,” says Pramoud.

The range of products at Zicom are priced between Rs 6500 and Rs 80,000. “Our annual turnover is at Rs 450 crore and we have a presence across three countries and 1,100 cities,” says Pramoud.

It also works on a handset-to-handset tracking facility, and other apps as well. The active team claims to monitor close to 7,000 bank ATMs, with security cameras that run on two-way communication technology and sensors that are deftly monitored by security personnel.

Zicom is also launching 4 platforms under a subsidiary that aims to provide a combination of security services through a mix of mobile apps, internet of things and connected machines.

“We recently launched our new product – Street Smart which is a Vehicle and Passenger Safety Solution. This is one of our first steps in venturing into the automobile segment. Over the next five years, with Street Smart we aim to capture 20 to 30 percent of the estimated market for vehicle and passenger safety/automobiles using the IoT platform,” says Pramoud.

The dynamic team believes its services business are destined to touch Rs 200 crore in the next few years. Pramoud says the IoT business in the security service space will be approximately $1 billion by the year 2022. They have planned to get at least 20 per cent market share.

“We are also looking at scaling up to Rs 800 crore to Rs 1000 crore in the overall Zicom Electronic Securities Systems business through expansion in the IoT space,” says Pramoud.

Pramoud stressed the matter that they moved from offering security as a service to the IoT space in the year 2013. The company then launched ATM surveillance systems and an application called ‘Ziman’, which allows users to verify outsourced assistants like maids, drivers and security guards using Aadhaar, similar to the MyGate app. 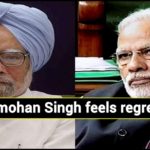 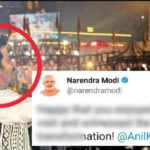