“It’s a very proud moment for my country,” said an elated wrestler, Pooja Dhanda who won World Championship medal after giving absolutely everything on the field. The 24-year-old became the first female Indian wrestler in 6 years to win a WC medal.

What an achievement this has been for her. Pooja Dhanda comprehensively defeated 2017 European champion Grace Jacob Bullen 10-7 to clinch a bronze medal in the 57kg category of women wrestling at World Championship in Budapest. She had also won a silver medal at the Commonwealth Games 2018 in Australia.

Pooja delivered one of the complete performances of her career in the bronze-medal match against Grace. She perfectly executed a four-point throw in each of the two periods in the 57kg contest.

Pooja is only the 4th Indian woman to clinch a World Championship medal and this is her 2nd big medal this season, having clinched a silver medal at the Commonwealth Games in Gold Coast.

“I’m feeling really good. It’s a very proud moment for my country and I am the one who has got their pride and I’m really very happy. I want to thank the federation, my coaches, my physios and my players for supporting me and making me strong,” Pooja said after the match. 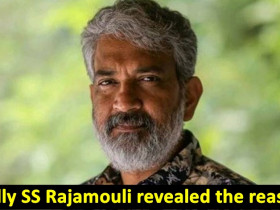