In the competitive world, India still manages to stand firm on global platforms despite bad loans. The nation is not just a spectator but a competitor for a fact. Recently, India jumped five ranks to hold a distinguished position on the World Economic Forum Global Competitiveness Index to clock the largest gain among G-20 economies.

India is the sixth largest economy in the world. It has escalated five ranks to secure 58th rank on 2018 edition of annual Global Competitiveness Index by the World Economic Forum (WEF) owing to high-level of research and innovation.

“India is a remarkable example of a country that has been able to accelerate on the pathway to innovation (where it now ranks 31st, with a score of 53.8), due, particularly, to the quality of its research institutions,” the WEF added in the report.

In addition to that, India moved 22 ranks up in last four years on the E-Government index, which calculates the level of digitisation in governance. The biggest feat came last year when India surpassed 30 places to hold a place in the top 100 nations on the Ease of Doing Business index. The report also said that both India and China are “catching up with or even outperforming the average among high-income economies”.

The WEF highlighted India as the main driving force for South Asia but also criticised “less-efficient bureaucracy” for business creation and insolvency. “In spite of a high degree of entrepreneurship, business dynamism is hampered by administrative hurdles,” the report added. It asked India to focus on trade.

The Switzerland-based global platform asked India to make use of the extremely young population to good effect as India is set to become the youngest nation by the year 2020 with an average age of just 29.

“More investments will be necessary to spur innovation beyond hubs of excellence and diffuse economic growth more broadly. This includes continuing to widen the adoption of ICT technologies and improving the quality and conditions of human capital across the country, taking advantage of an extremely young population,” the report said. 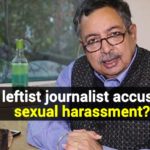