BJP’s official twitter handle uploaded a visual representation of data which depicted that the existing government repaid more than ₹ 1.3 lakh crore worth oil bonds which were issued during the earlier UPA government. Petroleum Planning and Analysis Cell (PPAC) under the Ministry of Petroleum affirmed that the PM Modi-led government repaid only ₹3,500 crore worth oil bonds while remaining part more than ₹1.3 lakh crore are still pending.

Even many BJP leaders including the petroleum minister were of the same answers stating that the existing government repaid more than Rs 1.5 lakh crore worth oil bonds which were supplied during the previous UPA government. The BJP’s official twitter handle put out a data which claimed that the current government repaid with an interest of Rs 40,000 crore.

What the economist PM Manmohan Singh said & did on petroleum prices? He said that money does not grow on trees & left unpaid bills of oil bonds worth Rs. 1.3 lakh crore. Modi govt paid off the pending bills with interest because 'we should not burden our children'. #NationFirst pic.twitter.com/Z8zTV1kG1i

‘Factly’ had previously done an in-depth research based on data available in the budget documents to come to an actual fact that the Modi government has only repaid oil bonds worth ₹ 3,500 crores while the remaining whopping part is still pending.

In case if you don’t know:

Oil Bonds were issued by the previous governments during the days when the prices of petrol/diesel were controlled. Despite paying the Oil Marketing Companies (OMCs) for the subsidies extended on fuel & other oil products, the earlier governments used to supply oil bonds as compensation to these companies which are something like government securities. These securities are usually long-dated to a stint of 10-20 years. For example, take a look at this notification of the Oil Bonds that were issued during the UPA government. Oil Bonds were supplied by all the previous governments till the year 2010 when the price of petrol/diesel was deregulated. To remember that even the previously held NDA government under Vajpayee issued oil bonds. 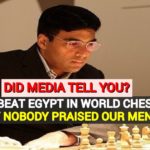