When almost entire Kerala faced a terrible experience due to heavy downpour and the flash flood, the whole nation stepped forward and took prime responsibility to help the neighbouring state by supplying whatever things they needed in tough times. Sadly, the Indian media gave non-stop coverage only to Atal Bihari Vajpayee’s funeral.

Kerala has been experiencing heavy downpour since early August. Things had gone from bad to worse when the rainfall and the flashflood paralyzed almost the entire state people’s normal lives. The statewide floods hasn’t been of this level in 90 years as more than 150 people died.

In a press release, Kerala Chief Minister Pinarayi Vijayan said: “As per the primary assessment, the state has incurred a loss of Rs 8,316 crore (Rs 83 billion). Kerala is facing its worst flood in history after 1924. Ten out of 14 districts were badly affected. Twenty-seven dams in the state were opened due to water rise. Thirty-seven people died in just four days. There were mudslides and landslides in 211 different places across the state.”

Due to these natural calamities, people are in a state of melancholy. However, the state saw real heroes emerge as saviours for the victims. The selfless people, who, without even caring for their own life, sprung into action to give a helping hand to the sufferers. 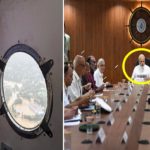