Mohammed Shami is one of the most iconic bowlers in the Indian cricket team. His fruitful contributions on the field are widely known to many. If you look at the other side him, you’ll come to know how generous he is.

The cricketer took to the micro-blogging site to share pics of his visit to the village. Shami’s caption on Twitter read, “Continuing the decades-old tradition of – #Charity with #Humbleness & #Humility’ as #initiated by my forefathers. #love for #society#myvillage.”

Continuing the decades old tradition of – #Charity with #Humbleness & #Humility’ as #initiated by my forefathers.#love for #society #myvillage pic.twitter.com/ICKByMbey1

Mohammed Shami further added that he is trying to continue the ‘old charity traditions’ which were well accomplished by his forefathers for decades. We should promote the cricketers who is willing to do something great for the society. This goes to show that he really is interested to put a smile on people’s faces. Isn’t he a great soul?

The Youth wishes the fast bowler Shami a good luck for his upcoming tour to England. He has returned to the team to play the first three Tests of the five-match series. It will be quite interesting to see how he performs with regards to unfamiliar climes. Performing away from India is always a big challenge and Shami will be confident of troubling the English batsmen in crucial junctures. 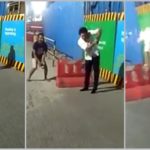 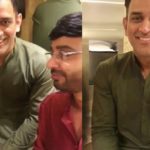