Bengaluru-based journalist & ex-head of Amnesty International India, Aakar Patel has landed himself in controversy after he made derogatory remarks against the Supreme Court of India. He had earlier tried to incite Muslims and Dalits to resort to violence.

He took to social media to defame the judges of the apex court. He compared the judges of the apex court with ‘eunuch’, suggesting that they were not ‘manly’ enough to stand up for the Judiciary. While referring to the sexual harassment case against erstwhile CJI Ranjan Gogoi, Aakar Patel wrote, “Eunuch judges of Supreme Court of Hindu Rashtra let sexual harasser Chief Justice appear in a case where he was himself accused. And we must genuflect to it as if it were some oracle of Delhi.”

However, after facing massive backlash from users on Twitter, he deleted his tweet. However, he did not stop with his tirade. He went on to replace the word ‘eunuch’ with ‘haramzada’. The former Amnesty India Head wrote, “Am deleting this tweet to remove the word eunuch and replacing it with haramzada. My apologies for using eunuch.”

Aakar Patel, nevertheless continued his vile tirade unabated. Labelling the Supreme Court of India as the apex court of ‘Hindu Rashtra’, he wondered whether children would be taught against the sexual harassment case against former CJI Ranjan Gogoi.

He claimed, “Wonder if our children will be taught that Chief Justice Ranjan Gogoi-who sent thousands to torture in Assam-sat in judgement in his own case. That the SC of Hindu Rashtra dismissed it.” Patel further accused Gogoi of leveraging his position to get a Rajya Sabha ticket, suggesting that he had been close to the current political dispensation at the Centre.

As a matter of fact, an in-house inquiry committee of the Supreme Court headed by Justice S A Bobde gave a clean chit to the then CJI Ranjan Gogoi as it “found no substance” in the allegations levelled against him by the woman.

Referring to the judges of the apex court as a ‘eunuch’, writer Aakar Patel disrespected the image of the Supreme Court. In another contemptuous tweet, Aakar Patel claimed that the Supreme Court, whose duty is to check the Executive’s overreach, has been intentionally chosen to be ‘pusillanimous’ (devoid of courage) and a ‘coward’. “It is the Judiciary that has power over there executive’s overreach. The fact that it has been pusillanimous and cowardly under Modi is a choice. Especially the Supreme Court of Hindu Rashtra.” 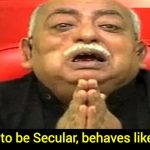 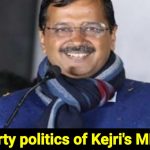