In shocking news, an engineer in the railways was allegedly abducted and forcibly married to a girl at gunpoint in Bihar’s Vaishali district last Saturday. The engineer, identified as Durgesh Sharan posted at the Samastipur division faced a tough time in his life.

He was working as a section engineer in railway department and he claimed that the girl’s family kidnapped him while he was returning with his friend Saurabh in the evening to his house in Khajwatta village near Biddupur Police station area.

The unexpected incident occurred near the Salah Power House in Jhandaha station area when a group of men in an SUV abducted Sharan and his friend Saurabh. Moments after abducting the 30-year-old Sharan, the kidnappers took him to Raghopur riverine area coming under Jadhawanpur Police station where he was forced to marry the 23-year-old Priyanka Kumari. It is learnt that the girl is believed to be a Class 10 pass out.

When things had gone from bad to worse, Sharan’s friend Saurabh informed the Jandhaha Police station which alarmed the district police department. On the commands of Vaishali SP Manavjeet Singh Dhillon, huge attacks were carried all night before Durgesh Sharan was retrieved with his bride from a house in Raghopur riverine area.

The local police said that at first sight, it appeared that Durgesh Sharan was kidnapped and forced into ‘pakadua vivah’. However, the girl’s family (bride’s) alleged that she already knew Durgesh Sharan for a year and they were supposed to tie the nuptial knot soon but Durgesh denied to marry at the last moment demanding a huge dowry.

This is the reason why the bride’s family formulated a plan to kidnap and get their daughter married to the engineer. An FIR was subsequently registered against unknown persons by the Sharan’s mother Veena Devi who works as a teacher in a government school, at the Jandaha Police station in link with her son’s kidnap and forceful marriage. 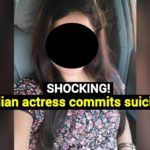