Most people in India would love to work with Indian Railways because it’s a secured job. A sensational development and changes are gradually creeping in as the PM Narendra Modi’s government is already on an important mission to transform the entire infrastructure of the Indian Railways. Workers will now be hired and the Indian trains will look far better than before.

Now, the Indian Railways itself have come up with the latest update of recruiting contractual workers in different streams in ongoing vacancies in an attempt to counter the staff shortage. A senior official opened up that as the retired workers can be re-hired as they are capable of working efficiently.

In addition to that, they have tremendous experience under their belt to handle stream engines, vintage coaches, signals and other equipment deftly. Apart from that, the highly-skilled workers can also engage in various sections of the contract as well. This is indeed a good news.

“Since these retired employees are equipped with the skills to handle steam engines, semaphore signals and other steam-powered equipment, they can be re-hired to do the job on contract,” a senior Railways official told IANS.

(We have collected information from reliable sources. Since the mainstream media has not yet highlighted, we are unable to verify the news) 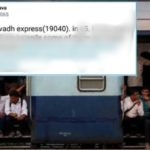 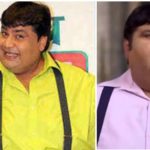