An unbelievable incident happened in a normal looking house in Mohali, where a 35 years old women’s body was found hanging in the living room of H.no. 537, first floor at Phase-7. The body was found by policemen after three days of committing suicide and recognized as Jaspinder Kaur, 35 years old, a wife of an army person. She was a skillful nurse, who was serving in a private hospital in Mohali and was on a leave these days.

Armaan Singh, Jaspinder’s 6-years old innocent son, stayed with his mother’s hanging dead body for 3 days and did not tell anyone about the mishappening.

Police found a death note written in Hindi near her dead body mentioning that she is upset and so committing suicide, and there is no one responsible for her death. They also got to know that she tried to end her life many times before as well. She had a tense relationship with his husband, Ranjit Singh, who hold a position of Lance Naik in Army, posted in Ferozepur.

Body was found by Police after getting informed by neighbors when they found some foul smell around the flat, when nobody replied the knocks on the door.

DSP Mr. Alam Vijay Singh stated that, the time they entered the flat, Armaan, a 6-years old child was sleeping over the Sofa just next to the hanged body which left him in shock as the dead body was completely rotten and smelling bad.

They found the entire blood on the floor and skin swollen or busted due to air pressure. Armaan gave his statement that he was hungary and did not eat for 3 days. He has been eating biscuits stored in refrigerator for 3 days, but did not ask for food from anyone outside.

He followed his normal routine of bathing, changing clothes and even went out of the house in evening to play with society children, but what made him so strong that he even did not discuss this accident with any of his friends or anyone else?

He informed that, Mummy denied telling anyone as she was committing suicide, but he informed his “Chote Papa” about the same, who was his mother’s male friend. He also added that, his father and Chote Papa, both used to beat his mother, where Jaspinder’s father denied the fact of any physical abuse on her. 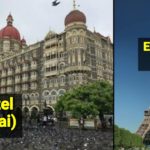