Perhaps this was the first opportunity for a woman to be an Imam for Juma prayers held at Quran and Sunnat society headquarters at Cherukode in Malappuram district of Kerala on Friday. Jamida- the woman who led the Juma Prayer – has started receiving threats from conservation sections of Muslim community (Sunni). The threats against the lady imam– have increased manifold since she performed Islamic prayer in lieu of male Imam.  Around 80 people were present at the congregation which is help on every Friday.  Jamida, who goes only by her first name, has raised serious questions on the custom imposed only by male clergy of Islam.

“Nowhere does Islam stipulate that only a man can be an imam (one who leads the prayers),” Jamida, state general secretary of Qur’an Sunnath Society.

Sadly Jamida has begun getting threats after the Friday prayer, that she did in presence of dozens of people.

This is all happening in the 21st century when we claim to be modern and educated. But this is saddening that women get threat just because they try to replace male clergy in mosques. People started threating women of dire consequences.

The Radicals claimed that this lady is playing into hands of anti-islamics. They even suggested that she is not a true Muslim. 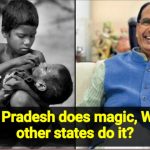