Draupadi Murmu hogged the limelight after she became the first tribal woman to occupy the top constitutional post in the country. Yes, you read it right! India gets its first-ever tribal woman as its President. This is indeed a historic moment for the people of India.

She will succeed incumbent Ram Nath Kovind to become the country’s 15th President. Ruling NDA’s Droupadi Murmu and Opposition’s Yashwant Sinha locked horns with each other in the contest. However, the majority of the votes were in favour of Droupadi Murmu

Droupadi Murmu won the Presidential elections by a huge margin. As per the officials, of the total votes counted so far, NDA’s Droupadi Murmu got 71.79 per cent votes. Kovind’s tenure is ending on July 24 and Draupadi Murmu will take oath on July 25.

Now, in this article, we will take a look at the unknown facts about Draupadi Murmu.

1. Hailing from Odisha’s Mayurbhanj district, Draupadi Murmi hails from a humble background. In fact, she belongs to a Santhal family, which is a tribal ethnic group.

2. She kick-started her career as an assistant teacher at the Shri Aurobindo Integral Education Centre in Rairangpur. After that, she worked with the Odisha government as part of the irrigation and power department.

3. Her political career succeeded in 1997 as she won the local elections as a councillor. Notably, she became the state vice president of the BJP’s ST Morcha in the same year itself.

4. Contesting on a BJP ticket, she won twice from the Rairangpur seat, thus becoming a Minister of State (Independent Charge) in the Odisha government in 2000. In 2007, she was felicitated by the Odisha Assembly for being the “best MLA of the year”.

5. Draupadi Murmi grew from strength to strength in politics where she held several top roles within the BJP over the next decade. She plied her trade as the state president of the ST Morcha and as the BJP district president of Mayurbhan.

7. If some Internal sources are to be believed, she was a tribal and educated woman and was dear to RSS. As a result, she was nominated as a presidential candidate by the BJP.

8. Earlier, as per BJP chief JP Nadda, the party’s parliamentary board held advanced talks where they came up with around 20 names for its presidential nominee. He further added that the board decided to pick someone from east India, a tribal woman. 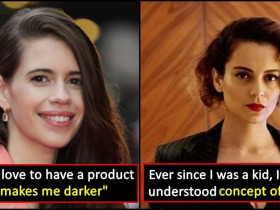