Petrol price in India has seen a massive increase recently and it’s quite tough to imagine that the people are literally finding it hard to afford it, given its price. On the other hand, Sri Lanka hiked fuel prices which disrupted the normal life in the country.

Yes, petrol price in Sri Lanka is at an all-time high of Rs. 420 and for diesel, it is Rs. 400 per litre. Perhaps, we should learn from Hyderabad-based professor Satish Kumar who is making petrol by effectively making use of plastic. He is making petrol from used plastic and now he is selling it at Rs 40 per litre. Unfortunately, he didn’t get any attention from the media. Though many termed it as “plastic made petrol”.

Notably, his company is producing nearly 200 litres of petrol a day out of 200 kg of plastic and the company sells it to the small scale industries for Rs 40 to 50 per litre. He just needs some help from the government and if things go as per plan, we don’t have to stress too much about the price.

Meanwhile, news from the city of Indore has made people happy. Congress workers protested against inflation that is adversely affecting the ordinary citizens of the country and sold petrol at Rs. 60 per litre to the common people.

Thousands of young people from surrounding localities flocked to the fuel station and lined up in a long queue to fill their tanks. The petrol pump located near Parshuram Vatika of Indore was crowded with youth bikers throughout the day to buy the cheapest petrol in the country. Congress’ unique protest is now making headlines in the country.

Breakfast: How Anand Mahindra starts his day? Read everything in detail 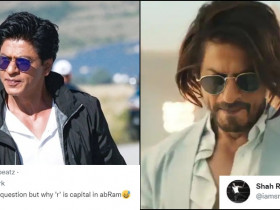 When Shah Rukh Khan floored the fan with a witty reply on Twitter, catch details