If reports doing the rounds are to be believed, then former Pakistan all-rounder Shahid Afridi’s eldest daughter will be getting hitched to Pakistan cricket team fast bowler Shaheen Shah Afridi. The young left-arm fast bowler has made waves ever since he started playing the sport.

Shaheen Afridi’s father identified as Ayaz Khan has reportedly confirmed to Pakistan media that Shahid Afridi’s family gladly accepted a proposal as both families have had “long-standing ties” with each other. He further added saying that the engagement will take place anytime soon.

Meanwhile, Pakistani journalist Ihtisham ul Haq took to his social media handle to confirm the news. “With permission from both families, I would like to clarify the engagement rumours between Shaheen Afridi and the daughter of Shahid Afridi. The proposal has been accepted; it is thought that a formal engagement will be done within 2 yrs, following the completion of her education,” he tweeted.

“The reason behind this tweet is to clarify the suspicion caused by social media. Respect to both families; please do await their own official announcements as they are currently in talks. I would like to request all individuals to respect their privacy during this auspicious time,” he added.

Not long ago, Shaheen Afridi and Shahid Afridi played in the Pakistan Super League 2021 before it was postponed for an indefinite period of time owing to the increasing coronavirus cases in the tournament.

Shaheen Shah Afridi accounted for 9 dismissals from 4 games for the Lahore Qalandars. On the other hand, Shahid Afridi took 5 wickets for Multan Sultans.

Shahid Afridi celebrated his birthday on March 1 as he turned 44. He went on to thank his fans and well-wishers for their messages on social media. “Thank you very much for all the lovely birthday wishes – 44 today! My family and my fans are my biggest assets,” Afridi said. 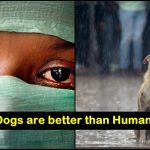 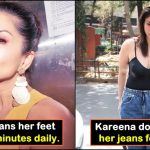