Bollywood has long attracted talent from its regional rivals, particularly South India, and has always been a melting pot of acting talent from diverse areas of the country. There’s no disputing that the glitzy town is heavily influenced by the South Indian film industry.

Not only does the business seek out hits from South India for remakes, but it also seeks out artists who have carved themselves a place there.

Following is a list of some of the most well-known South Indian actors who have also appeared in Bollywood films, giving their Hindi counterparts a run for their money.

Kamal Haasan, 65, is a great Indian actor who has appeared in films in a variety of categories and dialects, including Hindi, Tamil, Telugu, Malayalam, Kannada, and Bengali. With films like Ek Duuje Ke Liye, Sadma, Saagar, and Chachi 420, he made a reputation for himself in Bollywood.

In his 6 decade career, the talented actor has won four National Film Awards and 19 Filmfare Awards. He is a skilled dancer, a film director, a screenwriter, a producer, a playback vocalist, a songwriter, and now a politician.

Maddy started his acting profession in television, despite his versatility. He was discovered on television by ace filmmaker Mani Ratnam, and his film career began with Alaipayuthey (2000).

Prabhas is undoubtedly the first South Indian actor to have created waves in Bollywood without having previously appeared in a stand-alone Bollywood film.

Prabhas was almost instantaneously catapulted to national prominence with his eponymous part in the mega-blockbusters Baahubali and Baahubali 2, which were distributed in several languages and grossed more money than any other Indian film in history. In 2019, he co-starred with Shraddha Kapoor in Saaho.

The 35-year-old actor had a strong debut in Bollywood with Dum Maaro Dum. Then he had a cameo in Yeh Jawaani Hai Deewani and Department, Baby.

Rana had already established himself as a Telugu cinema star before moving to Bollywood. With his chiselled body and intriguing demeanour, his role Ballaladeva in Baahubali made him a household celebrity.

Prakash Raj, also known as Bollywood’s antagonist, is one of the most sought-after actors for negative parts in both South Indian and Hindi films.

He loves large assignments and has received critical acclaim for his roles in films such as Khakee, Wanted, Singham, Buddha Hoga Tera Baap, and Dabanng 2.

Despite not knowing the lyrics, almost everyone would have swooned over his voice in his renowned Kolaveri Di tune. Dhanush, the Tamil superstar, wields such clout among his followers.

With Sonam Kapoor and Abhay Deol in Raanjhanaa, and later with Amitabh Bachchan in Shamitabh, he caught everyone’s attention. Many people are unaware that he is Rajinikanth’s son-in-law.

Prabhu Deva, an actor, director, dancer, and choreographer, wears several hats and has been a household name in India for decades.

Since he showed off his dance abilities in the renowned Bollywood film Taal, he has been a fan favourite. However, the famous dancer has only just gained mainstream Bollywood success, having starred in two highly successful dance films, ABCD and ABCD 2.

Not only that, but Prabhu Deva also achieved success as a filmmaker in Bollywood with films like Wanted and Rowdy Rathore.

Ileana made her Bollywood debut in the film Barfi, which also starred Ranbir Kapoor and Priyanka Chopra.

However, she had established a significant presence in the Telugu and Tamil film industries before entering the Hindi film business. She’s mainly concentrating on Hindi ventures lately.

With his lovely boy-next-door appearance, actor Siddharth captured many hearts with his rebellious performance in Aamir Khan’s Rang De Basanti.

He may be picky about Hindi films, but we know that many Bollywood movies are handed to him on a silver platter because of his talent. He is currently working on various projects in the South.

Before moving into Bollywood, Asin had already established herself as a highly popular actress in Tamil and Telugu films. And, as famous as her name was, she selected an incredibly popular dream debut with Aamir Khan’s Ghajini, for which she won practically every award that year.

Despite the fact that she has only appeared in a few Bollywood films, she has already worked with celebrities Salman Khan, Akshay Kumar, and Ajay Devgn. Asin has been on sabbatical since her marriage to Micromax founder Rahul Sharma. 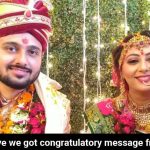 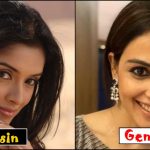