Having a life partner interested in sports-related events is a fantasy for all athletes; with common interests and passion, it is indeed wonderful to bond with each other who serve in similar fields.

To everyone’s surprise, there are a few cricketers who have married sports anchors. The most recent addition to the list is India’s bowling spearhead Jasprit Bumrah, who married famous sports presenter Sanjana Ganesan on March 15.

The retired Australian all-rounder married Lee Furlong, an Australian TV host. Lee Furlong began her career as a sports anchor-woman, and her relationship with Watson began in 2006.

The couple married ten years ago on June 3rd, 2010, and they now have two daughters. Shane Watson was a core member of the World Cup-winning squads in 2007 and 2015. The couple has frequently worked for social causes, with Lee recently working as the Mcgrath Foundation’s ambassador.

Ben Cutting is one of the most strong batsmen having competed in several T20 tournaments all over the world. Despite cancelling their wedding twice due to the Covid Pandemic, Ben Cutting was happy to eventually marry his fiancee Erin Holland. Both got engaged in September 2019 and married last month in a lovely ceremony in New South Wales.

Stuart Binny, an Indian all-rounder who was a member of India’s World Cup squad in 2015, failed to find a bidder in the most recent auction. He married Mayanti Langer, one of the top sports anchors in India with hosting the 2010 FIFA World Cup on ESPN, 2010 Delhi Commonwealth games and was also part of the broadcasting teams with Ten Sports in 2012.

However, there was a time in 2015 where Mayanti Langer was part of the 2015 world cup Star Sports team and Stuart Binny was in and out of the Indian side. They are expecting their first child in September 2020.

Martin Guptill, New Zealand opener, married Laura McGoldrick in September 2014, six months before smashing the World Cup record for the highest individual goal. Laura is a versatile woman who has worked as a radio anchor, television editor, and actor in addition to becoming a journalist and a TV presenter.

Laura had interviewed Martin Guptill on the show “The Cricket Show” when she was very young, and this made her popular as a TV host as well as in her relationship with him. In 2017, the pair welcomed a baby girl called ‘Harley’ into the world. Guptill was recently a part of the T20 series against Australia, where he was instrumental in the team’s victory.

On March 15, Jasprit Bumrah, who had left the Indian team after the second test against England, married sports anchor Sanjana Ganesan in Goa. The two met during the IPL, when Sanjana was working in the broadcasting department, and have been together ever since.

Sanjana has a background in modelling and was a finalist in the Femina Miss India pageant in 2013. She has hosted the IPL, and the show “KKR Diaries” during the tournament. 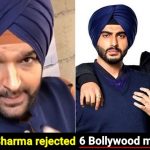 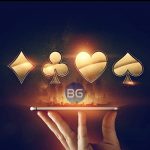