Neeraj Chopra made India proud by winning Gold at Tokyo Olympics 2020. Star javelin thrower Neeraj Chopra won the men’s javelin for India’s first-ever Olympic athletics gold. For the unversed, he is also a soldier in the Indian Army. Mr Chopra is the son of a farmer from Haryana. After making India proud, the state government announced it would honour the athlete with ₹ 6 crores.

The 23-year-old Panipat-born athlete became the first Indian competitor to clinch a junior world title in athletics when he claimed gold in the javelin throw at the 2016 World Junior Championships in Poland.

The 23-year-old scripted history as he managed a winning best of 87.58 metres to go one better than the country’s previous best. Neeraj Chopra’s win is the country’s first gold medal at the ongoing Tokyo Olympics.

It is worth mentioning here that it is India’s second individual gold medal in its Olympic history after Abhinav Bindra’s gold in Beijing 2008.

While everyone in the country is talking about Neeraj Chopra, we are certain that even movie producers must be thinking of making a biopic. There are possibilities that produced must have been in the race to secure the rights for his biopic. Nonetheless, when Neeraj was asked: “Who will he like to portray him onscreen?”, Neeraj was doubtful to get a biopic made on him just now.

My journey has just begun: Neeraj

According to Neeraj, his journey has only begun. “Don’t make a biopic on me yet. I’m still playing (the sport), and would like to continue doing so. I believe there are more stories to be added to my journey, and main chahta hun aur medal leke aaun. Jab tak career chal raha hai tab tak ruk jana chahiye (for the biopic). I want to focus on my game. I’d like it if a biopic is made on me, but after my journey is over and I retire from sports!”

He has become an inspiration for millions of people in India. The athlete also reckons that the future for athletics is bright ahead. He said: “Pehla medal hai track and field mein, vo bhi gold. Main bayan nahi kar sakta kaisa feel ho raha hai. Zabardast shuruaat hui hai. I felt very proud when I was on the podium with the gold medal and the national anthem was playing.”

The gold medalist gained millions of followers and became a social media sensation. Talking about the same, he said: “I saw I’ve gained many followers on social media. I use social media very sparingly, to share about my competitions or exercise videos. Kabhi kabhi enjoy karna bhi zaruri hota hai. It feels good to know that so many people watched my game and appreciated my performance.” 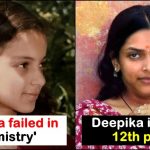 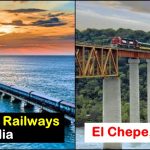