One of the most talked-about actors, Ayushmann Khurrana is known as a self-made star in the Hindi film industry. At the outset of his career, Ayushmann was a radio jockey, but after moving to Bollywood, he became an anchor in the beginning. Everyone knows Ayushmann’s name after his first film, Vicky Donor, which was a blockbuster and one of the best films of his career.

It is to be noted that his father P. Khurrana is a famous astrologer in Panchkula. In fact, several celebrities consulted him for astrological predictions. For the unversed, it was his dad’s suggestion that Ayushmann kept an extra ‘N’ in his first name and an extra ‘R’ in his last name.

The highway actor, Randeep Hooda is one of the best actors. He has changed the entire era by venturing more and more into realistic films. His dark and toned appearance has made him quite popular among his female fans. His father Ranbir Hooda is a popular surgeon by profession.

Sidharth Malhotra started his career as a model when he was 18 years old. After not being satisfied with the profession, he went on to ply his trade as a trainee assistant director to Karan Johar for the 2010 film My Name Is Khan.

He then made his acting debut with a leading role in Karan Johar’s teen drama Student of the Year (2012) and for which he received a Filmfare Award for Best Male Debut nomination. His father Sunil Malhotra was a merchant navy officer by profession.

Madhavan is a famous actor in the Tamil industry and is popularly called ‘Chocolate Boy’ or ‘Maddy’. Besides creating a big impact in Tamil movies, he has done some good movies in Bollywood too.

He featured in ‘3 Idiots’, which became a sensational hit at the box office. He also became a cult favourite after his Bollywood film Rehna Hai Tere Dil Mein. Talking about his father Ranganathan, he is a Tata Steel employee. 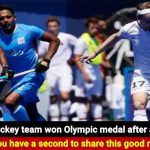 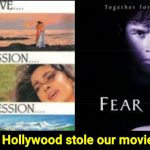