Why do we fail to understand or remember that there is a lot more beyond the skin colour? The only thing that matters is talent, skill, positive thinking, the attitude of the person.

In a shocking incident in Gujarat, a man thrashed his wife, abandoned her and called her dark, fat and ugly. He also hurt her by comparing her with her fair-skinned girlfriend.

The 23-year-old woman from Gujarat’s Ahmedabad filed a complaint against her husband and in-laws for thrashing and abandoning her because she was not slim and fair, as reported by Times of India.

The woman also alleged that ever since her wedding in 2008, her husband and in-laws kept harrassing her for “dowry”. After her parents were not able to meet the needs, her in-laws, as well as, the husband started beating her over petty issues and insulted her ‘bad appearance’.

They also taunted her that she was “fat, dark, and ugly” and the worst part was that her husband also compared her to his girlfriend who was ‘pretty, slim, and fair’. Besides that he also complained and harassed her for not preparing good food.

“My husband used to taunt me that I was dark, fat, and ugly. He used to tell me that his girlfriend was pretty, slim, and fair. Whenever I protested, he used to beat me and even his family members provoked him to beat me,” she said in her complaint. 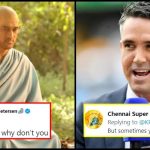