Specific brands have become the best bet for 3/4th of the Indian households and we are adjusted to their names such that we are in an impression that these brands are desi. Surprisingly, these brands are foreign companies and not Indian. Let’s check them out.

Bata which is surprisingly the favourite footwear brand of every Indian family, and has several outlets in every city and the littlest town ever in India is manufactured in Lausanne, Switzerland and was established in 1894 in Zlín, Moravia by a group of shoemakers. Bata has an amazing shoe collection, quite comfortable and cost effective which makes Bata sound too indigenous and humble to be a foreign brand.

The name Hindustan Unilever is in itself misleading. Hindustan Unilever almost produces everything in the consumer category including soaps, teas, detergents, water purifiers, shampoos, ice creams and frozen dessert. Hoverer the organization is a subsidiary of Unilever, a British-Dutch company.

Bose Speakers, unlike the tag which sounds Bengali, is an American brand, situated in Framingham, Massachusetts. The brand is named after the founder Amar Bose, an American of Indian descent when the company was established in 1964.

Every home without Colgate is incomplete. Colgate is the most trusted and leading toothpaste among Indian households for dental hygiene and care. However, Colgate is an aggregate of Colgate-Palmolive, which is an American worldwide consumer company.

When you see the word ‘Indian‘ on its logo, you will be quite sure that the brand is desi.  However,the ‘Indian’ in its name refers to American Indians – the indigenous people groups of the United States.

The transition from a pencil to a ball point pen in every student’s life starts with Reynolds. However, it was actually Milton Reynolds who manufactured and introduced the first ever ballpoint pen in the US back in 1945. The brand then became famous worldwide and eventually arrived in India.

Wheels to happiness: vespa the scooter is owned by every Indian middleclass family. Bollywood has swayed our romance fantasy as the heroine is seen clanged to the hero in almost every romantic movie.  Vespa was initially thought to be a Bajaj brand, but Vespa is really an Italian brand of bikes fabricated by Piaggio. Bajaj was first authorized to make it in Quite a while and when the organization lost the permit to do as such in 1971, they came out with Chetak, an uncanny copy of Vespa.

Sachin, being the brand ambassador of Boost has left every Indian fooled to think the brand is Indian. Every mother has fed their child Boost energy drink every morning and evening. However, Boost is manufactured by Nestle and has its foundations in the valleys of Switzerland.

From Kashmir to Kanyakumari, Maggi can be found at any place and is relished by everybody and has become the staple supper for many Indians. However, Maggi is also possessed by Nestle.

Actually, today Bisleri is Indian as it is claimed by Parle. But, it was initially an Italian organization made by Signor Felice Bisleri, who previously concocted selling filtered water in India. In 1965, it was presented in Mumbai in glass bottles in two variations – bubbly and still. In 1969, it was purchased over by Parle.

Lifebuoy is the most trusted and available hand soap, body soap, sanitizer and handwash and so on for every Indian family. In any case, the brand was founded in England where it was presented in 1895 and is claimed by Procter and Gamble. 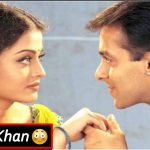 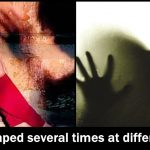