Interestingly, she is quite modern in terms of dating and doesn’t mind sharing the titbits of her relationships. Here’s a list of celebrities who have pursued a relationship with our Miss Universe, Sushmita Sen.

Their huge age difference is no barrier to their relationship, as Sushmita has made it public that she is in a relationship with the 27years old model from Noida, Rahman Shawl. They often share their lovey-dovey pictures on Instagram and are seen to be quite happy with each other.

Sushmita dated Mumbai restaurateur Ritik Bhasin for years after which they split up in 2017. They were last seen together in Sagarika Ghatge and Zaheer Khan’s wedding.

Sushmita and Randeep dated each other when they were shooting for a movie, Karma, and Holi. Unfortunately, their love story too didn’t last but they have remained good friends throughout.

Celebrity manager, Bunty Sahdej dated Sushmita for some time but the relationship didn’t work out. Bunty is currently rumored to date Sonakshi Sinha.

Call it a rebound or a love affair, Sushmita dated hotelier Sanjay Narang post-breakup with Vikram Bhatt but they split apart soon.

Director Vikram Bhatt developed a special corner in his heart for Sushmita when they were shooting for Daastak in 1996. Vikram Bhatt was married at the time and even left his family for Sushmita but later regretted his decision post when their relationship ended.

Sushmita had dated the Indian-American businessman and the founder of Hotmail.com, Sabeer Bhatia for a while when the relationship took a U-turn and they broke up.

Sushmita’s name was also associated with the businessman Imtiyaz Khattri. They were spotted together many times but never revealed anything about their relationship.

Sushmita also dated Indian director Mudassar Aziz when they were shooting for Dulha Mil Gaya in 2010.

Famous businessman, Anil Ambani was also rumored to date Sushmita Sen while he was still married to Tina Ambani. Reports say that he even gifted her a 22-carat diamond ring.

Pakistani cricketer Wasim Akram and Sushmita Sen remained in the relationship for the long-term. The duo had become friends on the sets of a dance reality show and was also planning to get married.

Sushmita dated Manav at the start of her career and was spotted together even around 2011. Sushmita and filmmaker Manav Menon eventually parted ways but are still on talking terms. 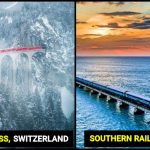 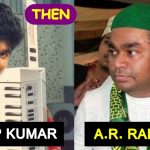