But, recently an old interview of Alia Bhatt is doing the rounds on social media where she dismissed the theory of star kids in Bollywood industry.

“I don’t think your mum, dad, father or chachu can change that or mend that for you. So, I want to punch all those people who say that star kids have it easy because it makes no sense. The way the world is today, either you have it or you don’t,” Alia was quoted saying in the interview.

Meanwhile, a Twitter user explained why Ranbir Kapoor broke up with Deepika Padukone and Katrina Kaif and went for Alia Bhatt. According to the Twitter user, Alia Bhatt and Ranbir Kapoor have one thing in common that links them and this is nepotism.

Pundit~Nepotism!ally go the chance to work together in Delhi-6″

After earning fame, Alia Bhatt then dated Sidharth Malhotra, her co-star from her debut movie ‘Student of the Year’ and they dated for quite a few years. Much to Sidharth’s disappointment, Alia cheated on him and then dumped him as well. It was because of her crush, Ranbir Kapoor, whom she is currently dating. 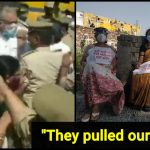 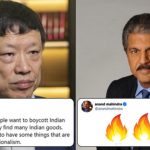