Rhea Chakraborty is a well-known actress and VJ from Bengaluru. She started her career at MTV and made her Bollywood debut with Mere Dad Ki Maruti. Since 2019, she has been in a relationship with the late actor, Sushant Singh Rajput and after his demise, she has been constantly facing criminal charges.

Rhea has been a struggling actress, to begin with, and has been dubbed as ‘Social Climber’ by Sushant’s fans. The majority of her films were declared a flop at the box office.

Here’s a list of her films that didn’t go too well with the audience.

Tuneega Tuneega was a Telugu film featuring Sumanth Raju and Rhea Chakraborty that was released in 2012. The film was about two childhood friends who didn’t like each other in the beginning but slowly fell in love with each other when they grew up. The film was dull and boring and flopped at the theaters.

Sonali Cable, that was released in 2014, was based on a woman Sonali who used to render internet services in Mumbai. Rhea’s role was a crucial one and received mixed reviews but ultimately was declared ‘flop’. Rhea was starred opposite Ali Fazal in the film.

She landed her cameo role in Half Girlfriend with Arjun Kapoor, in 2017. Although the scene was only for a few minutes, it went neglected. Half Girlfriend which also featured Shraddha Kapoor didn’t do well at the box office and was subsequently tanked.

The film had Huma Qureshi and Saqib Saleem in lead roles and Rhea in a crucial supporting role. The movie failed badly at the box office and was said to be to “to silly to be scary”. The film was a decent remake of Hollywood Thriller Oculus and wasn’t anything new to the audience.

Directed by Mahesh Bhatt, Jalebi was an official remake of a Bengali hit film, Praktan. The story was about two parted lovers who finally got reunited during a train journey, only to discover themselves and move on in their own lives. Jalebi was released in 2018 and was the last film of Rhea Chakraborty. 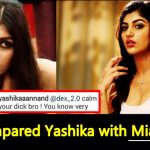 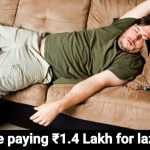