People for the Ethical Treatment of Animals is nothing but an American animal rights organization which is based in Norfolk, Virginia and led by Ingrid Newkirk, its international president. The nonprofit corporation which is against animal violence claims to have 6.5 million supporters on Twitter and 1.4 million followers on Facebook.

It should be noted that PETA exposes animals suffering in laboratories, in the food industry, in the clothing trade and also in the entertainment industry. “Animals are not ours to experiment on, eat, wear, use for entertainment, or abuse in any other way” is their slogan.

Recently, a screenshot of a youth identified as Vishu Arora trolling PETA organisation spread like wildfire on social media platforms.

PETA India urges every citizen of our country to contact them if any animal violence comes to our notice to rescue them. A youth by the name of Vishu Arora from Dehra Dun had contacted them through Facebook to report about a man who killed several horses so far in his career.

“I have image of a man who had killed many horses in his lifetime. Would you like to see” asks Vishu Arora to Peta India through text. “We condemn such act. Send the picture of that man. We will put him behind the bars.” the reply he received from PETA INDIA reads.

The Facebook user uploaded an image of a chess grandmaster and a former five-time classical world chess champion, Viswanathan Anand and sent it to them. The horses which the youth mentioned are indeed horse-shaped knights in the game of Chess which the legend Anand has been killing in his lifetime.

The guy then followed it up by adding yet another screenshot of a conversation that happened 2 years ago. In the screenshot, he alleges people are murdering gorillas on the sole purpose of making Gorilla tempered glass which is specifically engineered to protect the phones against drops and other damage. 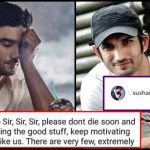 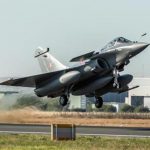